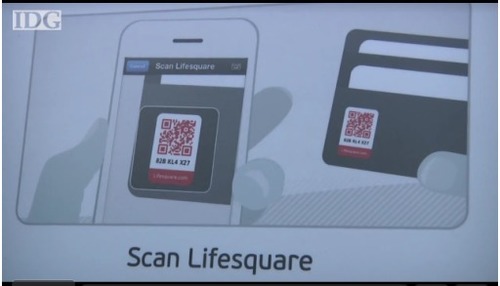 We have helped scores of Real Estate professionals integrate QR Codes into their marketing with great success. However, it is really great to see that this simple technology is being tested, and hopefuly adopted, in creative ways to solve every day problems.

Getting to know Google+

Over the last few weeks we have been playing with Google+. It is the latest attempt by Google to enter the Social Networking game after a couple of less-than-stellar showings. You may have heard of Buzz, a twitter-like application; or Orkut, most popular in Brazil; or the now defunct Wave, which tried to be too many things.

We went at if with some skepticism and wondering whether users would have the want and energy to try to recreate their social lists all over again. Would there be enough compelling features to entice people to try it, and then to put the effort into gathering and organizing all their friends again? The answer to the first question is not quiet clear yet. However, G+ does have lots of great features that may gain enough supporters to make it a worthy competitor to facebook. Many of the weaknesses that facebook users learn to put-up with, have been addressed in G+, namely privacy and friend segmentation and organization. With the concept of Circles, G+ makes it really easy to drag-and-drop friends into separate categories. Thus making it very simple to keep or public and private lives separate.

Another great feature is called Hangouts. One can start a hangout any time and invite multiple fiends to join in for a multimedia conversation. This feature takes advantage of the proliferation of mobile devices with cameras to make it possible to have a video chat going with a couple of clicks and without having to install anything.

So far the invitation-only roll out has been very successful, gathering over 25 million accounts within a few weeks. That is exponentially faster than twitter and facebook took to get to this volume of users and there are lots of people requesting to be invited. This pace is likely to continue for the foreseeable future.

We have a few invites left. If you are interested, let us know and we can send one your way. We would love to have you join our circles. So, take a look at the video below to learn a little bit more about it and join. We think Google+ is here to stay.

Soon “.com” will be old-school

“ICANN has opened the Internet’s naming system to unleash the global human imagination. Today’s decision respects the rights of groups to create new Top Level Domains (TDLs) in any language or script. We hope this allows the domain name system to better serve all of mankind,” said Rod Beckstrom, President and Chief Executive Officer of ICANN.

The Internet Corporation for Assigned Names and Numbers (ICANN) announced today that they will open the internet address system going beyond the familiar set of 22 gTDLs or Generic Top Domain Levels that include .com, .org, .net and .info. With this announcement, the future of URLs or internet addresses becomes infinitely more interesting.
Imagine the possibilities for businesses and organizations to promote their brands or more specifically describe themselves via their web address. According to the press release, the new TDLs will be open to in any language or script.
What does this mean for the normal internet user? Well, it means that we will potentially have brand names or descriptive word after the dot. Imagine latte.starbucks, shop.ebay or marathon.running as the web addresses. This in itself is not a big problem. It simply means we may have to rethink a little bit how we relate to web addresses.
So start thinking about what you want for your new gTLD, ICANN will start taking applications after Jan. 12th, 2012.

It appears that while some of us weren’t looking, blogger.com has been doing some very nice things. Not the least of which are template designer, real-time stats, comment spam filtering, mobile templates, web fonts among others.

Screenshot of my blogger.com blog. - formetostart.blogspot.com

In the official Google Blog, there is a post which you may want to check out. It is titled What is new with Blogger.

It may be high-time to take another look at blogger.com and put it back to work!

Since the public became aware of the latest Windows flaw in the form of an icon/shortcut execution exploit, there has been a lot of chatter as to what is the best way to get protected against it.

Microsoft released a work-around that was dumb (although effective) that blanked out the icons making them ugly white boxes. August 2nd they release an actual patch but with mixed results, all the way from successful to blue screen of dead.

The effectiveness of the patch is only one issue. The actual procedure to install it has gotten mixed results depending on whether you applied the work-around or not. Some say to reverse the work-around before installing the patch, others say reverse it after. Too confusing and unclear as Michael Horowitz describes on his post at http://blogs.computerworld.com/16677/when_to_install_a_patch_is_not_always_obvious.  But we are not ones to give up. We found a better solution. Even though Microsoft doesn’t endorse third party apps this one works. The great folks at Sophos.com created a Windows Shortcut Exploit Protection Tool. Feel free to download and install it. They have made it available free of charge.

If you want a full explanation of the bug and fix, watch the video below, then install the fix. You don’t want your computer hacked, do you?

LinkedIn the 11 Most Powerful Features for Small Business

Maisha Walker posted some great information regarding using LinkedIn to help your business. This link

will take you to the full article.

We have been really big proponents of using LinkedIn as a modern version of the roledex to promote and grow relationships. the more we stay in touch with people we care about, in a consistent and productive manner, the better the chances of our businesses growing the way we want them to. Check it out, tell us what you think. Most importantly, put some of the ideas to good use.

I was reading an article this morning by Sarah Beckham about password security. It was a good reminder to freshen up my security by changing my passwords. Sarah gives a couple of simple tips but most importantly serves to remind us.

You may want to also to take three minutes and watch this video by Graham Cluley at Sophos (the authority in security) talking about the same important subject.

Quietly, last thursday, Microsoft unveiled Bing. Their latest attempt at taking some search marketshare from Google.  Yesterday Twitter was buzzing with all kinds of opinions about it. Personally, I like the look of the interface with the nice interactive pictures. The search capabilities seem to be on-par or pretty close to Google when I do my favorite search – my name 🙂

Give it a try and judge from yourself. www.bing.com .

It may be nice to have an alternative to Google. I am still not convinced this latest foray will make Microsoft a credible competitor in this space.

As with the previous attacks, please exercise your best judgment and delete any suspicious emails. I am sure you don’t want to spend the rest of the week indoors with this glorious Portland weather.

You can read the complete post from Sophos here.