Not all antivirus software is the same. Occasionally, viruses go undetected risking damage to your systems or loss of information. Sophos’s free virus removal tool can be used in concert with your existing AV and it has been known to detect what others have missed. It has been updated and reissued, thanks to feedback from Naked Security readers. It now is 20% faster and has better detection and clean-up capabilities. No reason to not give it a try.

See on nakedsecurity.sophos.com via Tech Info for Real Estate 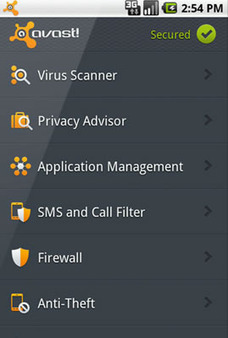 There is an incredible increase in malicious software targeting the Android OS. Using all the common-sense practices you already know is a good starting point. However, there are free resources that can help you keep your Android device free of malware. Check three free good ones here.

Since the public became aware of the latest Windows flaw in the form of an icon/shortcut execution exploit, there has been a lot of chatter as to what is the best way to get protected against it.

Microsoft released a work-around that was dumb (although effective) that blanked out the icons making them ugly white boxes. August 2nd they release an actual patch but with mixed results, all the way from successful to blue screen of dead.

The effectiveness of the patch is only one issue. The actual procedure to install it has gotten mixed results depending on whether you applied the work-around or not. Some say to reverse the work-around before installing the patch, others say reverse it after. Too confusing and unclear as Michael Horowitz describes on his post at http://blogs.computerworld.com/16677/when_to_install_a_patch_is_not_always_obvious.  But we are not ones to give up. We found a better solution. Even though Microsoft doesn’t endorse third party apps this one works. The great folks at Sophos.com created a Windows Shortcut Exploit Protection Tool. Feel free to download and install it. They have made it available free of charge.

If you want a full explanation of the bug and fix, watch the video below, then install the fix. You don’t want your computer hacked, do you?